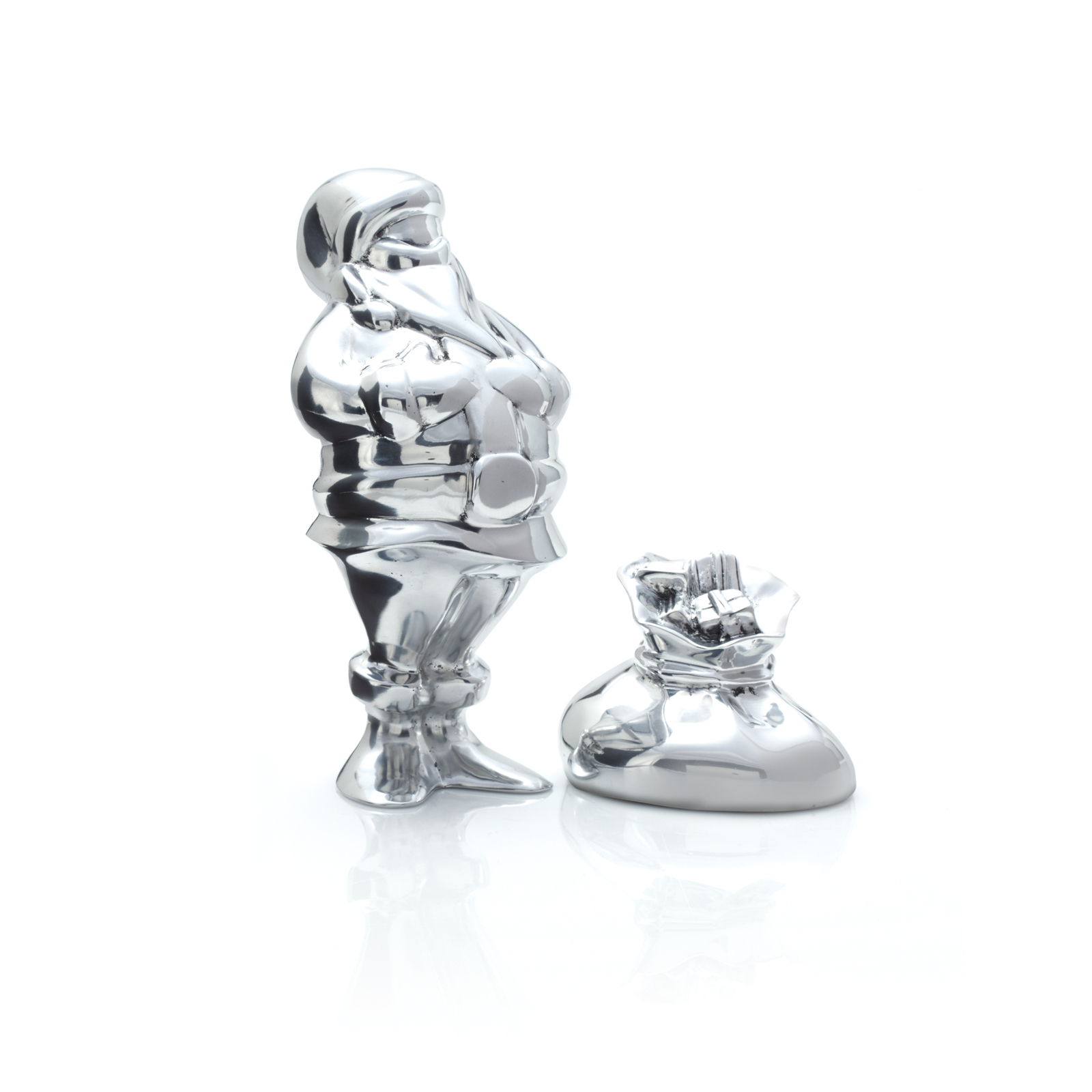 Exclusive to Nambé, the Santa with Gift Bag captures the joy of holiday gift-giving in brilliant Nambé alloy. This is the Santa we all know and love, portrayed in a moment of laughter and merriment. And of course, his famous bag is overflowing with gifts. Arrange the duo on a coffee table or fireplace mantel to add instant sparkle and fun to your home for the holiday.

Originally from Colombia, Uribe moved to New York where he earned his Bachelor Degree in Industrial Design from Pratt Institute. In 2012 he founded Alvaro Uribe Design, with Nambé as one if his first clients. His work has been exhibited in the Museum of Modern Art in San Francisco,and his Ridge Coffee Pod Carousel for Nambé received both a Red Dot Award and a Good Design Award.

Uribe lives and works in Brooklyn, New York and serves as an Adjunct Professor at Pratt Institute.

Thanks for checking us out