Aaron Johnson's design studio is dedicated to the simple mission of creating beautiful objects for the home. As a third-generation New Mexican, Johnson has always drawn inspiration from the stark beauty of the canyonlands, mountains and deserts of the Southwest.

Educated at the University of New Mexico and Arizona State University, Johnson holds a degree in architecture and a graduate degree in industrial design. In his career as an industrial designer he has applied his simple, elegant sense of style to award-winning projects in many fields. These include furniture, lighting, ceiling fans, trade shows, exhibits and tabletop products. 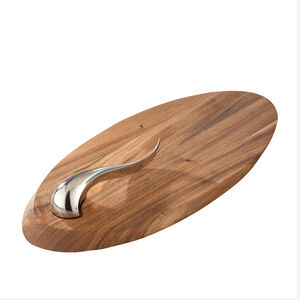